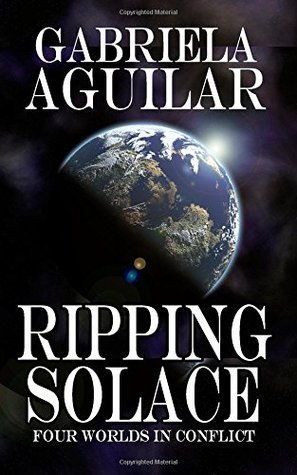 “The war against The West was devastating. The three remaining nation that managed to survive rebuilt their world unaware that something much worse had begun to take root underneath the ruins of The West. The consequences of the war come back to hunt the survivors in the form of a flesh eating monsters… the rippers. Brave soldiers volunteer to keep these monsters in the west side of the world, so the rest to the inhabitants can live in peace.
That is all V, a teenage Southerner girl, knows about the war. But her secluded and comfortable life is turned upside down when she is forced to come in contact with a soldier who she named Momo. 14, or Momo as V calls him, is a loyal soldier who believes protecting humanity is the most honorable way to die. However, destiny has other plans, and its wheels have started to turn. The lives of Momo and V collide as they discover dark secrets, corruption, but most above all, they find friends worth fighting for and a love worth dying for.”

V lives a secluded life as the daughter of a Senator. A senator that has very little to do with his daughter since her mother died.

Despite loving books, V isn’t as keen on her school work. This causes her teacher, Mr. Pennywise, to inform her that she is on the verge of failing his class and offers her a way to redeem herself: write to the Adopt-a-Soldier Campaign. She reluctantly agrees and after overhearing a rather disturbing conversation between her father and a guest, she writes a rather rude letter. One that could get her into major trouble if the reader of the letter was to turn it in to her government.
V is actually quite interest as protagonist. Despite being raised with all the comforts she could ask for, she treats the staff in charge of caring for her with deep respect. I enjoyed her banter with the cook Vito and her banter with her best friend Ezzie as well.

1412-9, a number and not a name.
“The first digit is your post. The higher it is, the higher you rank. One means you are a front liner. The number after the hyphen is how many years you have been in service.” – 14
1412-9 is the lucky soldier who gets to respond to V’s scathing letter and in turn writes a rather flippant response back to her.
14, as we grow to know him, has been fighting in the front line for 9 years. For a while he regards V as a child that doesn’t know her place in the world and treats her as such; until V decides to give 14 a name.
“Oh, and if you don’t mind can I call you Momo? It’s short for Momotaro. Like you, he is a warrior who fought many monsters.” – V.

The novel lapses into this letter exchange until Momo stops writing V, facing down the Rippers and his own mortality. Meanwhile, V’s life is about to change dramatically and she has to begin to face her own personal monsters.
Throwing caution to the wind, V strikes out on her own in order to avenge her servants and find out the secret’s in her family.

I would wager that this book is actually more of a dystopian tale, despite the fact the soldiers were still fighting a battle in the West.
I enjoyed Momo’s character, he wasn’t hardened yet by the war because he remained hopeful. He will be an interesting hero and I hope somewhere that he and V meet.
I also enjoyed Momo’s best friend 13. He was the necessary comedic relief that was needed during the grim outlook of their situations.

There were a couple quite forgivable problems within the book which were grammatical errors. Another problem was that it ended! I need to know more!

*Book 2 is to be released by the end of February.
Will be Cross Posted to Good Reads 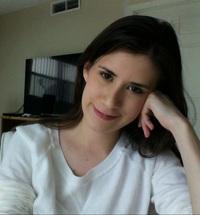 Born in Guatemala, the high crime and corruption in her beloved country drove her to find solace within the pages of every book she could get her hands on. Her family circumstances allowed her to live in different countries and develop a deep curiosity for foreign languages and diverse cultures. As a young adult, she was encouraged by a friend to take a different journey. A journey filled with words. Ripping Solace is her first published work. When she is not busy bulling Momo or sticking her thumb up to hitchhike an interstellar ride, she studies English literature in an effort to earn a degree. You can momentarily catch her in Florida where she arduously trains to survive a zombie apocalypse. She has no cat.

Where to Buy:
Create Space
Amazon US
Amazon CAN
Indie Bound
Book Depository