Welcome to Spotlight Interview Thursday’s again. Today I’ve an interview with the author Joe Basara and his novel The Shadows of Shuffleboard Manor and other novels he has published.

My background:
I grew up in West Palm Beach, Florida. After four years in the navy I attended college and graduated from Florida Atlantic University in 1976. In Okeechobee, Florida, I met my wife, Dana, and have been together thirty-six years. 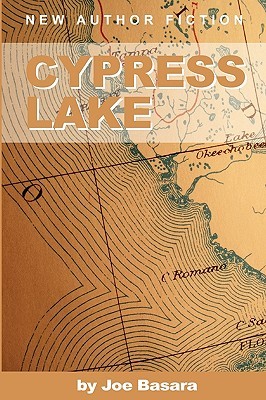 My inspiration to write:
Loving reading, I decided I wanted to be a writer when I was in my twenties and tell people I have been an “aspiring writer” for forty-five years. Was I exceptionally intelligent? No. Did I have something especially important to say? Not really. I was just enchanted by the art of writing.

Inspiration for my novel:
Since I got the perhaps silly idea in my head I wanted to write a series of interrelated novels, all taking lace in the imaginary city of Cypress Lake, Florida, instead of simply coming up with an idea for a story, I first have to settle on the story’s time and place (always being Cypress Lake). My current novel–The Shadows of Shuffleboard Manor–is foreshadowed in my first novel–Cypress Lake. In 1977 Owen Cloud is parked at a stop light and sees a lady walking alone in Flagler Park. She looks like she’s holding something invisible, like maybe someone else’s hand? Turns out in Shadows (which takes place in 1992) we find out he was right. Every morning Sue Pecos, who lives in the Shuffleboard Manor retirement home, takes a walk in Flagler Park while pretending to hold on to her deceased husband Bill’s hand.

The genre:
Shadows is a fantasy.

What draws me to this genre?
In this particular story I needed to explain why Sue Pecos holds her invisible husband’s hand while out on her walk. In the first chapter, while out on this morning’s walk, she decides it is time she and husband Bill are reunited again. It is a crazy idea. At seventy she is pretty healthy, does not especially want to do die, and yet believes it is time.

Developing my plot and characters:
I had to explain how reuniting with her husband might become a reality, so I had one of her deceased ex-roommates at the home, Silvia Waif, appear before her. Sue is not especially religious, but has been attending Sunday services given by a retired Catholic priest. Sylvia offers to be as Beatrice was to Dante, her guide through the mysterious Flora Land (that mirrors both Florida and Purgatory). Sylvia promises that this journey will lead her to her Bill.

My protagonist’s inspiration:
Sue’s deep desire to by with Bill again inspires her to accept Sylvia’s offer.

Her antagonist’s inspiration:
Steve Hawkins, another resident at the home, believes she is foolish. Angel Raton, an orderly who once worked at the home, and Hawkins both become dark figures who seek to discourage her on her quest. In fact, all of the characters she meets, friends and foes, are people she has known at the home.

The hardest part:
Sue dreams one night she sees elderly people playing shuffleboard outdoors, and the sound of colliding of shuffleboard discs often is a sign that she is entering a new scene on her journey through Flora Land. It was hard to make these transitions as smooth as I wanted them to be.

My favorite part of the book:
Since the 1992 election was coming up as the story began, I enjoyed writing about Sue’s passage and experiences in Bush and Clinton Castles, both huge sand castles. They mirror the conservative and liberal political outlooks on life. This, and the whole novel, borrows from Jonathan Swift’s Gulliver’s Travels.

Full or part time writer:
I am a part time writer, though retired now. I worked with business machines for twenty years. After our plant was shut down I was a para-educator and worked with special needs kids for five years. What a joy and honor that was, though humbling as well.

Currently reading:
I have been reading Henry James’ The Ambassadors. His long, convoluted sentences amaze me. I recently listened to a literature speak about James’ prose: “When you start reading one of his sentences, better bring a lunch.”

Favorite authors:
Having a Kindle is great. Most of the novels I want to read are free. Don’t know if that’s good or bad. I love Marjorie Kinnan Rawlings’ The Yearling and Zora Neale Hurston’s Their Eyes Were Watching God. Both of these are Florida novels. I have recently been reading Anthony Trollope, and I’m amazed at how long his stories are. You really feel like you are immersed in the world of mid-nineteenth century Britain. Not too long ago I read Mary Shelley’s Frankenstein, and was interested to find how different it was from the movie version I saw as a kid.

My future projects:
I am now working on Rollie Gold, whose title is the main character and son of Fred Gold, who, in my Fred’s Golden years, retired to Cypress Lake in 1982. While I’m at it I might mention my Sale Day at C Mart, the story of one day in the life of a big box store in the year 1985. Also, I might mention that Owen Cloud, the main character in Cypress Lake, shows up in all the novels that follow, though in cameo parts. Rollie Gold, which will be my fifth (taking place in 1999) is a story of a son’s reconciliation with his father. I haven’t figured how I will squeeze Owen in there yet.

Getting in touch with me and my book:
All my novels are on Amazon.  I’d love to hear comments from readers but don’t have a website and am not sure home best to do this.

(Note: You can also find his novels on Good Reads – Leticia)

Advice:
If a young writer can find joy in seeing his/her story getting better with each re-write, that is a great satisfaction. Instead of saying “I can’t write!” say I’ve only begun to write this story or novel. You might think it a tedious chore, but to me if I see my story is getting better, that’s a real joy. If my writing depended upon external success, I’d have quit long ago. And if someone gives you a bad review, I feel grateful that they took the time out of their life to actually read my book. As Henry James wrote: “Criticism as appreciation.”

Thank you to Joe for providing us with a wonderful interview. If you’re looking for a different fantasy story, give his novels a read!