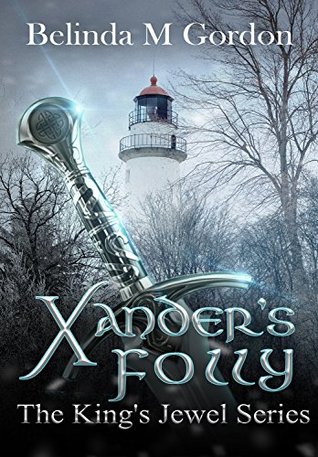 Celtic mythology, suspense, and a modern day romance!
Xander spent most of his life exploring his mother’s disappearance. When new clues surface that suggest she’s alive and waiting for him to find her, he must decide what he’s willing to risk to get his answers.

Tressa longs to accept Xander’s proposal of marriage, but as evil fae surface around every corner, she must choose between putting him in constant danger—or letting her soul mate go.

Tressa and Xander want a peaceful life together, but will their destiny make it impossible? As the King’s Jewel, Tressa is destined to save her people—but at what cost? When the Sword of Light brings out Xander’s violent side—can he break the hold it has on him?

Xander’s Folly is the second book in the King’s Jewel fantasy series that blends Celtic mythology with a modern story.

I received this eBook through Book Review 22 in exchange for an honest review.

I found that this story was more about Xander than it was about Tressa. It revolved around Xander’s bonding with Tressa, his bonding with the Claíomh Solais (Sword of Light) and protector of Tressa, the King’s Jewel. It was interesting to see the sword through Tressa’s eyes, as it bound itself to Xander’s aura.

This story was also about Xander’s family, specifically his father and missing mother. After a mysterious phone call about Xander’s father, Tressa and Xander rush off to find out what has happened. There they happen upon several Unseelie loose in city where Xander’s father lives. Which might attribute to his father’s disintegrating memory. They also find a Lost Child who doesn’t know what or who she is.

It was interesting to find out what Xander’s “folly” really meant. I won’t ruin it for anyone else, but it is quite interesting.

This was a great book. I look forward to the third story. Maybe one day, Tressa will get her wish of being a mom. 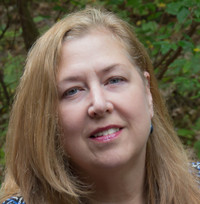 Belinda M Gordon was born and raised in Pennsylvania and currently lives in the Pocono Mountains with her wonderfully supportive husband, her thoughtful easy-going son, and two delightful dogs.

She is of Irish heritage, which is how she became interested in Celtic Mythology. She used the Celtic Mythology, specifically of Ireland, as the starting point of her Romance/Fantasy series, The King’s Jewel.

Belinda also enjoys photography, fashion, music, dancing and a good mystery. You will find these influences throughout her writing.