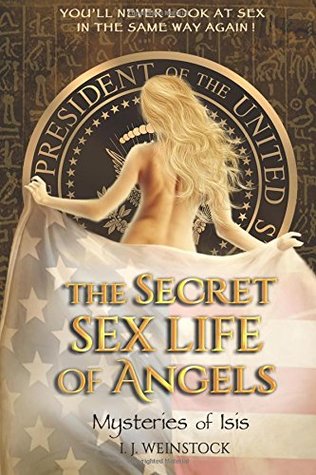 I’m the son of Holocaust survivors and grew up in Brooklyn and New Jersey. In high school I performed in musicals and became a football “hero” winning the Homecoming Day game with a 65-yard touchdown. I’ve enjoyed a varied career in the arts—acting on stage, appearing in films, and even doing performance art on the streets of New York. While producing television in Los Angeles, I created a new cable network, The Game Channel, the precursor to GSN (the Game Show Network). I’ve also written several books.

Probably my family’s story of surviving the Nazis during the Holocaust. In 6th grade while others in my class did “show & tells” about “How to ski slalom” or “How to bake a strawberry shortcake,” I did a “show & tell” about “How 5 People Were Buried Alive for 9 Months.” My parents’ horrific experience ignited my imagination—what did they do all those months while they were hiding from the Nazis? What would I do? How did 5 people stay sane buried alive in a space as a big as a large walk-in closet for nearly a year? In high school I tried to write a play about it. That was my first attempt to explore through writing what to me was a very provocative “what if?”

Many years ago I had a dream about sex. This wasn’t your typical “wet dream” but rather a mind-blowing dream like the kind the biblical Jacob had about angels ascending and descending a ladder to heaven. In my dream, the angels were having sex!

The French philosopher, Teilhard de Chardin, conveyed something of the awe-inspiring majesty of my dream when he wrote, “Some day, after we have mastered the winds, the waves, the tides and gravity…we shall harness…the energies of love. Then, for the second time in the history of the world, man will have discovered fire.” When I woke up from that dream, I felt I’d been graced with a vision that I needed to share with the world. But life intervened.

After the death of my wife, Joy, a remarkable thing happened—she began communicating with me from the Afterlife and led me on an incredible journey to heal my grief which I wrote about in my memoir, JOYride: How My Late Wife Loved Me Back to Life (which won an eLit Award—silver medal for Best Spiritual/Inspirational Digital Book of 2011). Ultimately, like the final scene in the movie, Ghost, she found someone—a willing medium—through whom she literally loved me back to life. Had I not experienced it myself, I wouldn’t have believed it possible. Those sacred, sexual, supernatural encounters, which I call the Rites of Joy, occurred ten times during that year and helped heal my inconsolable grief. During these other-worldly sexual initiations, I was shown some of the secrets of human sexuality.

On the back cover of The Secret Sex Life of Angels it says FICTION / FANTASY / PARANORMAL. However, Amazon considers it also ROMANCE / EROTICA.

My previous novel ULTRA BOWL was a sci-fi story about football, robots and time-travel which explores the dangers of our Digital Age and the dystopian future towards which we may be heading. I guess I’m drawn to sci-fi & fantasy because it allows me the freedom to explore all the “what ifs?” that intrigue me. In The Secret Sex Life of Angels I quote the philosopher J. B. S. Haldane, “The world is not only stranger than we suppose, it is stranger than we can suppose.”

In 1998, at the time of President Bill Clinton’s sex scandal, I was struggling—after several false starts that ended in shredded frustration—to find the right “story” for my dream about sex. During the hysteria of the Clinton sex scandal, my wife, Joy, and I wanted to protest the sexual-political insanity that had overtaken the country. We decided to fight sexual hypocrisy with sexual fantasy!

What if, as an act of political theater protesting the hypocrisy of the investigation, we actually confessed to having sex with President Clinton? And what if we created a petition of fantasy “confessions” and handed them over to the Independent Counsel investigating the President? And so the “I Had Sex With Clinton, Too!” petition was born. We launched a primitive website and sent out a press release—“New Political Website Invites Public to Have Sex with the President to Save the USA!” The media picked it up and the confessions started rolling in—at first a trickle, then a stream and ultimately a flood—nearly a thousand in all.

As the “I Had Sex With Clinton, Too!” petition grew, I wanted to write a “confession,” too. But I wanted my confession to offer another way to look at sex. If not a heavenly perspective, then perhaps an off-world one. So I wrote the SeX-FILES (this was the late ‘90’s!) as a “confession” from a female intelligence officer, who violates her oath of secrecy to exonerate President Clinton by revealing the details of our secret contact with Extraterrestrials. She describes how she (along with others, perhaps even Monica Lewinsky) was trained by the ETs to “deploy the President’s antenna” and “sing the song” that would put him in contact with the ETs whenever he sought their counsel. Unfortunately, this ET communication technique resembled a “blowjob.”

The story of the petition and a sampling of the X-rated confessions can be found in my recently released book, IT’S THE SEX, STUPID! (available on Amazon).

When I finally returned to my novel, I realized I’d found my “story.” It was about a newly-elected president (no, he doesn’t have contact with ETs) who discovers that to fulfill his oath of office he must embark on a sexual odyssey that could determine the fate of the world.

The possibility of saving the world.

The “antagonist” is an elemental mystery.

Sex is one of the most difficult things to write about. We have so many assumptions and there is such a charge to sexual words, and of course, there’s so much unacknowledged shame. It’s especially difficult when you’re trying to write about sex in a way that hasn’t been written about before.

The sexual initiations which constitute the 2nd half of the book. In these initiations I was able to begin to communicate what I’d witnessed in my dream and what I learned during the Rites of Joy.

I’m a full time writer…but I do other things: I give workshops at bereavement conferences around the country (since I’ve written about healing from grief), and I co-lead a bereavement camp at the end of August for people who’ve lost a loved one.

I’m also casting a daily LoveSpell since January 2012, declaring something I love every day, which you can follow on Twitter.
Jerry has also created a Facebook group called The LoveSpell Challenge.Please don’t hesitate to join it!
https://www.facebook.com/groups/LoveSpellChallenge/

I have a problem answering questions about “favorite.” I love many authors, among them: Tom Robbins, Paul Coelho, Nikos Kazantzakis, and many others.

Some books that I’ve loved: The Last Temptation of Christ, Shogun, Clan of the Cave Bear, The Alchemist….

Readers can visit my website (which I’m proud to say I did all by myself) www.IJWeinstock.com They can visit my Amazon Author’s page. I haven’t figured out Goodreads yet (and would appreciate any help). And, of course, they can write me at dreamasterbooks@gmail.com.

I’d love to hear from readers. I wrote The Secret Sex Life of Angels to inspire a sexual evolution. To put it in contemporary tech jargon—we’re running factory-installed sexual OS programs that have religious bugs and cultural viruses, not to mention shame-based malware. The Secret Sex Life of Angels will make people realize that a sexual upgrade is available and inspire them to discover the possibilities of their own sexuality. It’s just the beginning and reader response and future community will have a great impact.

It’s something I was told many years ago in a writing class and has helped me when I felt “stuck” or “overwhelmed” with the task ahead of me. The instructor asked how many of us could write a postcard. Everyone raised their hands. Then the instructor said, “Just write a postcard a day. If you do, you’ll have 365 postcards at the end of the year. That’s almost a book.” It’s about consistency, write daily even just a postcard worth. And make it a habit, like brushing your teeth. And don’t try to write “good,” write fast and just get it down. You’re going to re-write many, many times. Keep Writing! Keep Dreaming! Keep Believing!