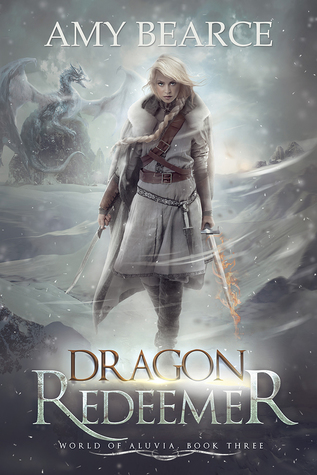 Four years have passed since a fairy swarm released the voice of prophecy in Nell Brennan. In that painful moment, a skilled warrior became a reluctant leader and defender of Aluvia’s magic. Now a new enemy threatens their still-fragile lands, one Nell feels powerless to stop even with help from the voice within her.

A mysterious dark alchemist from the Ice-Locked Lands is rising to power on the strength of his sword arm and an ice-breathing dragon obedient to his command. He promises unlimited magic to his followers and death to those who defy him. If he takes over the ports, his corrupt elixirs will disrupt the delicate balance of peace between Aluvia’s people and all magical creatures.

The voice of prophecy sends Nell and her friends to their enemy’s treacherous domain to find a sword of legend. Only the sword’s magic can prevent a return to a world of dying fairies and caged merfolk. But Nell’s up against the toughest foe she’s ever faced. In order to defeat him, she must master the unimaginable power of the sword―and the unwanted magic inside herself.

I have to say, out of all the three books of the world of Aluvia, this is possibly my most favourite.
At first, I wasn’t too keen on Nell, when I read about her in Fairy Keeper. But she really grew up in this book. She embodies everything people look for in a strong heroine. She is strength, determination and while she is a tom-boy by our Earthly standards, her connection with Corbin was lovely to watch.

I love books that go on grand adventures. Instead of the two sister’s this round, it is Nell who has to follow the prophetic voice inside her head to the Ice-Locked Lands in order to save Aluvia from someone trying to steal the land’s magic. This someone is eerily familiar to Nell as well. A reminder of her past where she delved into organized crime to provide for her family.

This is a great trilogy for your kids to grow up with. Especially those who are in middle grade starting with Fairy Keeper. As Sierra, Phoebe and Nell all grow up and learn their paths in life, find their life partners. It is a great timeline for that and each girl is an inspiration. 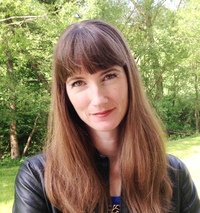 Amy Bearce writes fantasy stories for tweens and teens. Her debut, FAIRY KEEPER, is an upper-middle grade fantasy and is the first book in the World of Aluvia series. MER-CHARMER (World of Aluvia, Book Two) released May 9, 2016. Book Three, Dragon Redeemer, is scheduled for release May 23, 2017. She is a former reading teacher who now has her Masters in Library Science. As an Army kid, she moved eight times before she was eighteen, so she feels especially fortunate to be married to her high school sweetheart. Together they’re raising two daughters and are currently living in Germany, though they’ll be heading home to Texas this summer.

One thought on “Dragon Redeemer by Amy Bearce”