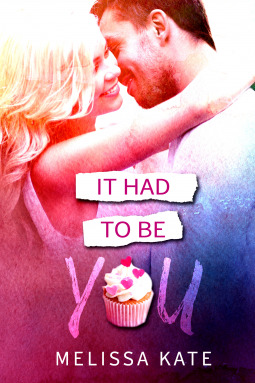 Emma Wyatt has had enough of her ex best friend and his lady killer ways. Gone was the sweet boy of her youth and in rides the womaniser. But this time he has ready gone and done it!

Oliver didn’t expect to be coupled with Emma. She was in an awkward situation and he couldn’t help the words that came out. She should be grateful, he saved her.

Now the whole town knows. And Emma is pissed! She’s going to kill him.

But a heated argument leads to a fiery moment of passion and suddenly the two are fighting an unlikely attraction that neither saw coming. But Oliver has a secret that could tear them apart…

Melissa Kate is a self-confessed book-a-holic who lives in a small town along the coast in sunny South Africa. She writes contemporary romance with quirky characters and witty banter; a true romantic at heart, she loves the moment of falling in love. Her pet Beagle and maniacal lovebird keep her company while writing and often inspire senseless moments in her stories.

When she’s not furiously tapping away on her laptop, Melissa can be found laughing away with her husband (who happens to be her pre-school sweetheart… you just know there’s a story there) or scouring online stores for additions to her ever growing stiletto collection (ehm addiction).

She balances her day job and conjuring up new romantic tales with a local personal blog with arb ramblings about her life in Durban.