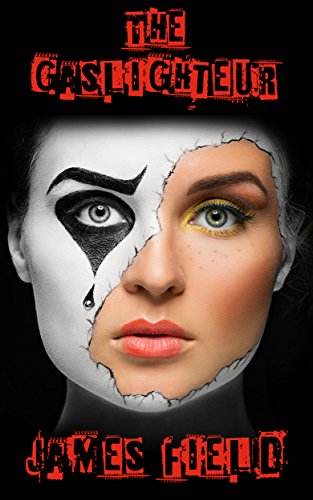 Sean meets Penelope, a zany woman with whom he instantly clicks. She confides in him that she has suffered an abusive relationship in her past at the hands of her ex-husband, who orchestrated a ‘Gaslighting’ campaign against her. Gaslighting, Sean discovers, is a means by which an abuser is able to psychologically manipulate his victim by making changes to her immediate environment and by presenting false or ambiguous information with the aim of making her doubt her own memory, perceptions and sanity.

Penelope has a diagnosis of bipolar disorder. She informs Sean that her ex-husband employed Gaslighting to cunningly engineer her psychiatric diagnosis with this mental disorder characterised by psychosis and perceptual dysfunction, and then planned and perpetrated an act of sexual assault in the knowledge that this diagnosis would allow him to evade prosecution on the grounds that her testimony would be afforded little credibility. She gives Sean a disturbing account in which she asserts that her abuser was able to cover up his emotional and sexual abuse by both exploiting her diagnosis and engaging in a ruthless act of blackmail.

In time Sean develops a deep connection to Penelope. He reveals to her some troubling memories of his childhood and she helps him to gain an insightful understanding of the ways in which emotionally wounding past experiences are continuing to exercise a detrimental influence upon his current day-to-day life, that manifest as a predisposition for exhibiting an excessively hypervigilant fear of ridicule, humiliation and rejection. She inspires him to believe that he can heal from these fears by embracing a journey of personal growth and recovery.

However, before long Sean begins to suspect that Penelope may be hiding her true intentions…..

The Gaslighteur is a work of both literary fiction and darkly disturbing psychological fiction that offers a fascinating and in-depth exploration of a range of issues, including Gaslighting/The Gaslight Effect, emotional and psychological abuse, sociopathic and psychopathic behaviour and narcissistic personality disorder. The story also embraces a critique of the dominant influence of psychiatry upon the mental health system, and promotes the concepts of healing, recovery and personal growth.

The Gaslighteur is every bit as disturbing as it is thought-provoking, and is a must-read for those of you who love literary fiction or psychological fiction, and for those of you who have an interest in the response of the mental health system to individuals’ experiences of mental and emotional distress.

I grew up in Bromsgrove, a small town just south of Birmingham. I gained a BA Honours Degree in Humanities at the ages of 22, and then at the age of 25 I gained an MSc in Social Research.

I love the great outdoors, cricket, badminton and chess. My favourite band is Queen.

I have a strong desire to use the vehicle of writing to break down the stigma surrounding ‘mental illness’, and to raise awareness that, as a society, we need to change the way that individuals who experience mental and emotional distress are perceived and treated.

It falls into the psychological thriller genre, and also into the literary fiction genre.

Literary fiction appeals to me greatly, as there is a focus on the feelings and emotions of the characters. The psychological thriller genre also appeals to me- the potential of an innocent victim who appears to find himself facing a deranged adversary…..

The plot is informed by and developed around the concept of ‘gaslighting’, a horrendous method of psychological manipulation, in which the perpetrator attempts to manipulate the victim’s environment and perception of reality, to the extent that the victim comes to continually doubt his or her own perceptions, memory and sanity. The term ‘gaslighting’ derives from the film ‘Gaslight’, in which a villainous husband attempts to manipulate his wife’s environment, and convince her that she is going insane. The film is set during a time in England when houses were lit by gaslight. In his secret visits to the house’s attic, the husband turns the attic lights on, reducing the flow of gas to the downstairs lights, causing them to flicker, and alternately dim and brighten. When his wife later divulges to him that she can sometimes hear footsteps coming from above her in the attic- which she believes to be sealed- and that she can sometimes see the downstairs gaslights flickering for no apparent reason, he suggests to her that these are figments of her imagination, and evidence that she is going insane. Hence the term, ‘gaslighting’.

In my story, Sean develops an intimate friendship with Penelope, who puts forward a convincing case that he is prone to exhibiting a hypervigilant fear of humiliation in the course of day to day life, as a consequence of the lingering effects of past emotionally wounding experiences. Sean believes that her insights are truthful and well-founded. Then he experiences what he perceives to be several humiliating incidents at Penelope’s hands, but each incident is shrouded in ambiguity, which allows for an innocent and harmless interpretation of her actions. When he divulges his concerns to Penelope, she persuasively convinces him that his fears are evidence that he is falsely perceiving threat, and exhibiting a hypervigilant fear of humiliation. As a result, Sean is pitched into a state of mental turmoil characterised by doubt and bewildered uncertainty, one moment believing that she has indeed engaged in actively humiliating behaviour, and yet the very next moment chastising himself for succumbing, as she had warned, to this habit of making false perceptions of threat born of a hypervigilant fear of humiliation, now resulting in accusations being levelled against a woman of whom he is intensely fond.

The mental turmoil and the sheer intensity of the sense of doubt and uncertainty that Sean experiences eventually reaches a maddening pitch, whereupon he is forced to face a dreadful possibility: could Penelope be perpetrating a gaslighting campaign against him…..?

It might be said that there is some ambiguity surrounding which character is the protagonist. Both of the leading characters are inspired by my own experiences in real life!

It might be said that there is some ambiguity surrounding which character is the antagonist. Like I say, both of the leading characters are inspired by my own experiences in real life!

The hardest part was conveying the sense of maddening doubt, uncertainty and confusion that Sean experiences.

Sean also suffers from social phobia, and it was at times challenging to convey to the reader an authentic understanding of the ways in which this form of mental and emotional distress affects the sufferer’s day to day life.

I enjoyed the book all the way through, but one of my favourite parts is Sean’s deliberation and contemplation upon the concepts of psychopathy and narcissistic personality disorder.

I work full time in the customer service line of work, and I write whenever I get the chance and the muse strikes.

I am currently reading a collection of Roald Dahl’s short stories. The collection is entitled ‘Madness’.

I am considering writing a sequel to The Gaslighteur. I may try my hand at short stories too. I am also becoming interested in the concept of the Imposter Syndrome, and ideas are brewing in connection with that…..

Readers are welcome to email me at illuminat2000@googlemail.com. Readers are also welcome to leave me a comment on my website at thegaslighteur.weebly.com To do so, they will just need to click on the icon in the top left hand of the screen, and then choose ‘Order your copy of The Gaslighteur, now available as an e-book’, whereupon the comment box will appear. The quickest route to purchasing my book is my Amazon Author Page: Amazon.com/author/fieldjames

I would say that aspiring authors need to write about whatever impassions them. When the ideas repeatedly impinge upon the conscious mind, and you find that delaying the writing becomes a real bugbear to you, that means it’s time to begin your writing journey. Set time aside for writing and adopt a very disciplined approach. And having a second and third pair of eyes is a good idea, because we tend to have a little bit of a blind spot when it comes to our own mistakes! Having our mistakes highlighted to us is a valuable part of our personal growth as writers. Therefore, eliciting the help of an editor can be advisable.