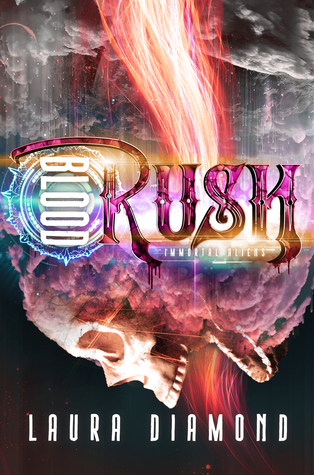 After escaping the long reach of the immortal Vie, seventeen-year-old Justin and human ex-slave Cara must face new challenges in the wilds outside the city wall. Dotted with pockets of hostile Anemie communities, the wilds are just as dangerous as the city. So when Cara is injured, Justin must seek help from the very group he wants to avoid.

On top of that, Alex—who promised to let Justin back in the city when the time was right to rescue his sister, Sammie—gets killed in the final Anemie raid, all televised and hosted by TV personality Vincent Marks. Footage from the explosion plays in Justin’s mind while he tries to balance keeping Cara safe, befriending sharpshooter Sparrow, and winning over the witch healer, Nauro, all while trying to figure out the Anemie leader, Lawton’s, secrets.

Turns out, there’s much more to the Anemies than Justin ever knew. They’ve found a way to trade their drug-like blood to addicted Vie in return for supplies. But the tenuous relationship shatters when Justin’s secret gets out—his blood can age the immortal Vie. It’s the weapon the Anemies’ leader, Lawton, has been waiting for, and he intends to use every last drop.

In Blood Rush, Justin and Cara escape the city with the help of Alex before a mass raid and extermination of Anemie in the city.
Alex encourages them to seek out the freed slave settlement called Prospect, but Justin being Justin, he veers away and refuses to accept his role in the slow downfall of the Vie. This causes him, then, to be captured by Sparrow and her Anemie camp when Cara falls through a trap the camp had set.
This camp is run by an Anemie named Lawton who has grandiose ideas of taking down the Vie. Especially when Lawton finally see’s the video of what Justin’s blood does to the Vie, he is all for taking them down whether Justin wants to or not.

I do feel that the first book was a bit better, however Justin still gets on my nerves. I’m also remarkably surprised, still, that he is only 15! He seems so much more mature than 15. His suspiciousness of Alex certainly ages him.
Although after learning of why Alex is so interested in Sammie and especially in Justin, Justin still managed to get on my nerves. No matter what, trust (even minuscule) goes a long way over consistent paranoia.

Although it was sad, you do find out what happens to Sammie finally. It was one of the best things for the first and second books, to have Sammie being Justin’s main reason for continuing with Alex. There was such an emphasis on the importance of his sister, for both Justin and Alex.

I just hope that Justin, now, begins to trust Alex a bit more in the next book. Although the ending was abrupt and you’re unsure what is going to happen to them all, I do look forward to seeing where Ms. Diamond takes the group. 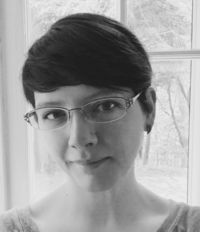 One thought on “Blood Rush by Laura Diamond”