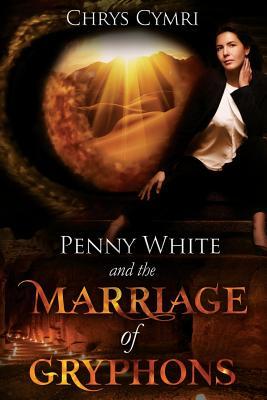 I currently reside in England but have travelled widely and in my time I’ve lived in the USA and Wales. My first career was in financial services, but in 2003 I left my well-paid job to train to be a Christian minister. I’m a priest in the Church of England and I’m in a full-time training role, with a bit of input into an urban church. Previously I served in a small village church. A bit like Penny White…

My main hobby is photography, and I love to travel. My most interesting trip was to North Korea in August 2016. You can read about that on my travel blog, www.travellinghopefully.co.uk

When I was seven years old I had a vivid dream, and I wrote it down. From this, I discovered that writing (when going well!) is a bit like dreaming while awake. A film plays in my mind, and I try to capture it on the word processor.

Some years ago I decided to try my bishop’s patience by asking him whether Holy Water, blessed by a female priest, could harm a vampire who didn’t accept the ordination of women. His response was ‘Only you would ask that!’ A few months later I found myself wondering, what if he’d answered differently? And out of that came the Penny White novels.

Urban fantasy. The main human character has an ordinary life in England (as a female Church of England priest) but has stumbled across a parallel fantasy world, Daear. The parallel country to the United Kingdom is called Lloegyr.

The contrast between the ordinary and the extraordinary. I can well understand why Penny longs to be more involved in the fantasy world, particularly when her life in England seems so, well, ordinary.

I usually know the start of a story, and how it’s going to end. Sometimes I struggle a bit in the middle and I find myself making lots of notes. The characters simply surprise me. Sometimes I feel like I’m simply the channel through which they are speaking. A few are loosely based on people I know.

Penny loves science fiction and fantasy. So stumbling upon a world which has dragons, gryphons and unicorns initially seems like a dream come true. As she discovers a darker side to this fantastic world, she becomes inspired to help.

My books don’t have so much an enemy as those of opposing viewpoints whose backgrounds leads to them making decisions which affect the protagonist. In the first Penny White book, ‘The Temptation of Dragons’, a dragon family is opposed one of their own who decided to become a monk and, later, form a relationship with a human woman. This went against their sense of honour.

There is a budding romantic triangle for Penny. She’s met a police inspector, Peter, who loves ‘Doctor Who’ as much as she does, but there’s also a darkly handsome dragon, Raven, who is keen on her. I found it difficult to make Peter’s character interesting enough for him to be real competition to a dragon!

I loved a scene at the end, when Penny is riding on a dragon with a small snail perched at the front, giving them directions. The image makes me chuckle.

My role as a minister takes up plenty of time (I only get one day off a week). So writing is something I do on evenings and my days off.

A fantastic piece of fan fiction set in the ‘Dragonriders of Pern’ universe. It’s online only and called ‘Dragonchoice.’ The writer’s ability to write dialogue, action scenes, and characterisation exceeds many of the official novels.

The Riddle-Master Trilogy by Patricia McKillip

All Creatures Great and Small by James Herriot

His Majesty’s Dragon by Naomi Novik

I’m currently writing the third book in the Penny White series (the second, ‘The Cult of Unicorns’, was published December 2016) and I have plans for at least seven in the series. After that, I plan to return to a science-fiction series which I’ve started and need to finish.

I can be contacted via my website, http://www.chryscymri.com. Anyone who signs up for my newsletter list (I send out an email around four times a year) can choose a free ebook copy of any of my books. I also have a Facebook page and I’m on Goodreads as well as other social media sites.

Here are all the links:

Write, write, write. And accept criticism, because it will come and you can learn from it. Make friends with other writers. Other pointers can be read on my website.

Thank you to Chrys Cymri for sharing a lovely interview. Since I interviewed her, she has published a new book in the Penny White series. I have made sure to add that for all of you who are seeking a new urban fantasy read! – Leticia