Welcome readers! I have a wonderful interview with author Addie Hunter and her novel Heritage. Enjoy!

Shh: Can you tell us a little about yourself and your background?

AH: My name is Addie Hunter, and I’m 21 years old in Ohio. I work three jobs (two seasonal, one year round) and I’ve always been a big reader. I taught myself how to read before I went into Kindergarten, and after that, I read anything I could get my little hands on. I was a huge fan of the Harry Potter series and any other ones that had fantasy elements. When you combine that with a massive love for superheroes, it was only a matter of time before I wrote a book of my own!

Shh: What inspired you to write?

AH: Along with reading, I’ve been writing little stories since I was a kid. They were always wild and all over the place, and I rarely finished one, but it was a fun hobby of mine, especially in high school. I’d send short stories to my friends about adventures we’d get into for fun. My creative writing teacher loved me. And this leads perfectly into the next question…

Shh: What inspired your novel?

AH: My best friend enlisted in the Navy a couple years back. Since you can’t have your phone at bootcamp, I started writing letters to her that had small stories in them. One day I wrote a story about if we had powers, and 300 words later, I realized there was a lot more to this story than what I had paper for. Out of that one letter, I created an entire universe with loads of characters and rules for powers and crazy backstories. Fast forward a year and a half of planning out the Transcend series, and here’s Heritage!

Shh: What is the genre?

Shh: What draws you to this genre?

AH: The possibilities. I feel like anytime you involve humans and fantastical elements, the possibilities are absolutely endless. There’s so much room for imagination to drive the story forward, and who doesn’t love superheroes?

Shh: How did you develop your plot and your characters?

AH: While there are a lot of made-up elements, I wanted the characters to be relatable and deal with real-world problems. So, even though there are some crazy characters and powers flying around, their conflicts and plot twists are rooted in real life issues that anyone could be dealing with.

Shh: What inspired your protagonist?

AH: The group of friends that make up the main characters were very loosely based on some people I knew. After their personalities were more developed, they became something totally unique. I started out with their powers and then built their personalities off of which power they had. I gave them stereotypical elements (such as the mind reader being super smart) but then gave each a sort of twist that made them the exact opposite of what you’d expect. It’s fun playing around with popular comic tropes like that.

Shh: What inspired your antagonist?

AH: Partly from the phrase “your inner demons” and partly from listening to a lot of Panic! At The Disco while I was writing. 🙂

Shh: What was the hardest part to write in the book?

AH: Some of the things the characters deal with. I don’t want to give anything away, but there are some issues in there that I personally haven’t gone through, and so I really did a lot of research into it to make sure I was portraying it correctly.

Shh: What was your favourite part of your book to write?

AH: The group interactions. I’m a sucker for any book that has a solid group of friends, and I really wanted to push that forward in this story.

Shh: Are you a full time or a part-time writer? If part-time, what do you do besides write?

AH: As much as I’d love to be a full-time writer, I don’t have the time. I’m still paying off some college loans, so I’m usually working when I’m not writing (sometimes both at the same time!) 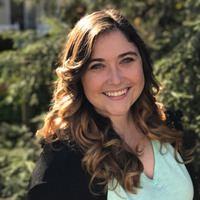 Shh: What are you currently reading?

AH: The Story of King Arthur and His Knights by Howard Pyle, and I recently finished reading The Raven Cycle by Maggie Stiefvater. That was an incredible series, I highly recommend it!

Shh: Who would you say are your favourite authors?

AH: Maggie Stiefvater apparently wrote a lot of the books I loved when I was younger, so her for sure. JK Rowling is up there as well, along with Christopher Paolini (who wrote the Eragon series) and I’ve always loved reading Shel Silverstein’s poems.

Shh: How about your favourite books? What would be your top 5?

AH: Order of the Phoenix (Harry Potter #5), Eragon, King of Shadows by Susan Cooper, Watchers by Dean R Koontz, and any Calvin and Hobbes comic.

Shh: What are your future projects, if any?

AH: The rest of the Transcend series! There’s a lot more in store for these guys. 🙂

Shh: What is your preferred method for readers to get in touch with you and your books?

AH: Probably on my blog! I’m on there all the time and I’m always happy to answer any questions. (Just ask my friends, I never stop talking about my book.)

Shh: Do you have any advice for aspiring authors?