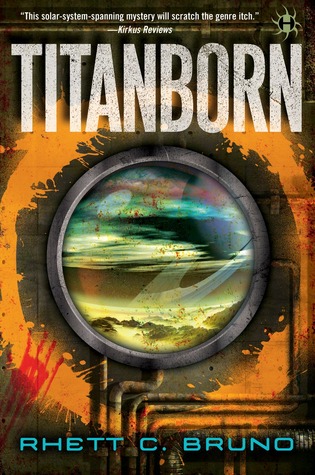 In this gritty and innovative science-fiction thriller in the vein of Philip K. Dick’s Do Androids Dream of Electric Sheep?, turmoil on one of Saturn’s moons rattles Earth’s most powerful citizens—and draws one planet-hopping rogue into a fight he never saw coming.

Malcolm Graves lives by two rules: finish the job, and get paid. After thirty years as a collector, chasing bounties and extinguishing rebellions throughout the solar system, Malcolm does what he’s told, takes what he’s earned, and leaves the questions to someone else—especially when it comes to the affairs of offworlders.

But his latest mission doesn’t afford him that luxury. After a high-profile bombing on Earth, the men who sign Malcolm’s paychecks are clamoring for answers. Before he can object, the corporation teams him up with a strange new partner who’s more interested in statistics than instinct and ships them both off to Titan, the disputed moon where humans have been living for centuries. Their assignment is to hunt down a group of extremists: Titanborn dissidents who will go to any length to free their home from the tyranny of Earth.

Heading into hostile territory, Malcolm will have to use everything he’s learned to stay alive. But he soon realizes that the situation on the ground is much more complex than he anticipated . . . and much more personal. (via Goodreads.)

I received this eBook from the author in exchange for an honest review.

This, as a total science fiction nerd, was a wonderful mashup Captain Mal and Jayne from Firefly, BladeRunner and a little of Mad Max mushed in to add interest. Especially with Earthian’s surviving after a meteorite strike.

The one thing made very prominent by the storyline is how much the alien species was displaced on Saturn. Ringers, as they were called. Humans had arrived to build colonies and gather gases from the rings of Saturn. In doing so, Humans displaced the alien species already living there and spread their illnesses to the species. The Ringer’s seemed to have a very low immunity to human illness. Which is what happened when settlers encountered the Native American’s.
But also, with the way that the world is going right now, this also struck a cord. The feelings from the immigrants and from the countries accepting immigrants was seen in this novel as well.
I do always enjoy when current events can ring true and loud involving stories.

Malcolm is truly the anti-hero. He is a true bounty hunter and rarely cared about anyone except doing his job and getting paid. Except maybe his daughter, who is considered illegitimate, because she was born outside of a human colony.

Then add in the almost cyborg Zhaff (who is actually human) to the mix and you have an interesting team. Especially with Zhaff’s very to the letter way of doing things and annoying everyone in the vincinity. I was pretty sure Malcolm’s eyeballs were going to roll out of his head. It was truly comedic at times.

But that ending! Come on! Now I need to see where the story goes! Sigh. 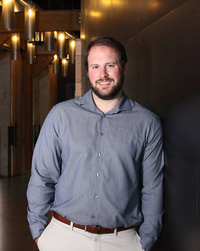 Rhett is a Sci-fi/Fantasy author currently living in Stamford, Connecticut. He is represented by Dystel & Goderich out of NYC and his published works include books in the Amazon Bestselling CIRCUIT SERIES (Published by Diversion Books) and TITANBORN SERIES (Random House Hydra). He is also one of the founders of the popular science fiction platform, Sci-Fi Bridge.

Rhett has been writing since he can remember, scribbling down what he thought were epic short stories when he was young to show to his friends and family. When he reached high school he decided to take that a step further and write his first novel. After the encouragement of his favorite English teacher, he decided to self-publish the “Isinda Trilogy” so that the people closest to him could enjoy his early work.

While studying architecture at Syracuse University, he continued to write as much as he could, but finding the time during the brutal curriculum proved difficult. It wasn’t until he was a senior that he decided to finally pursue his passion for Science Fiction. After rededicating himself to reading works of the Science Fiction authors he always loved, (Frank Herbert, Timothy Zahn, Heinlein, etc.) he began writing “The Circuit: Executor Rising”, the first part of a space opera series.

Since then he’s been hired by an Architecture firm in South Norwalk, CT. But that hasn’t stopped him from continuing to work on all of the countless stories bouncing around in his head. He’s also recently earned  a Certificate in Screenwriting from the New School in NYC, in the hopes of one day writing for TV or Video Games.